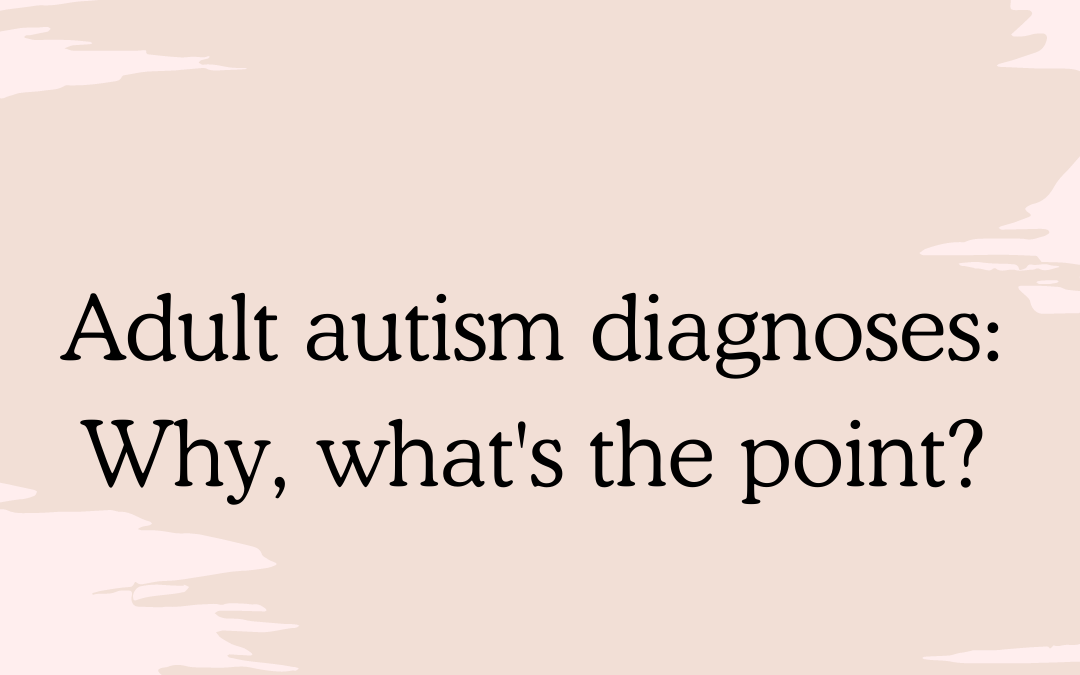 There has been a renewed wave of interest in autism when the spotlight was shone on TV presenter and model Melanie Sykes and TV personality and National Autistic Society ambassador Christine McGuiness, who both recently revealed that they had, in their adult years, been diagnosed as autistic.

Their diagnoses shattered and challenged many of the beliefs that society held about autism, who it affects and how. Neither Melanie Sykes, nor Christine McGuiness, fit the stereotypes surrounding autism. They are seemingly confident – they are TV personalities after all – articulate, expressive, compassionate, empathetic, personable and even funny – everything we have been taught that autism isn’t. But was society wrong about autism all along? The simple answer is yes.

But why is there a sudden increase in adults being diagnosed with autism? Why obtain a diagnosis during your adult years? What benefit can this have, knowing either way? Why were adults not diagnosed in their younger years? How could it have been missed by their parents, teachers and doctors?

Diagnosis has always been deemed a privilege, which is why in the autism community self-diagnosis is revered and accepted; the community as a whole is very accepting, by nature. The reason why diagnosis is considered a hard-to-come-by privilege is the hoops one has to jump through to acquire one – a multitude of pre-assessments and a years-long waiting list with the NHS, or the cost of a private diagnosis.

Concurrent to all the above-mentioned difficulties in accessing a diagnosis and the vast number of autistic people either unaware that they are autistic, or aware but unable to easily access diagnosis, is the unacceptable tragedy that they have been lacking in vital support. Once a diagnosis is obtained, the doors (with a bit of resistance) open to speech therapy, occupational therapy, mental health services and more. For years, many – women and girls especially – were misdiagnosed as having anxiety or simply being “eccentric”, “difficult”, “awkward” or “shy”. According to the charity Autistica, seven out of ten autistic people have a mental health condition such as anxiety, depression or OCD.

About one per cent of the adult population has been diagnosed with autism. Nearly half of autistic adults will experience clinical depression in their lifetime, according to new research published in the Journal of Abnormal Child Psychology. Autism is not a condition that affects children alone, although it is a common myth that autistic children will “grow out of it”. Autistic children become autistic adults, often requiring lifelong assistance and support.

Another reason why adult diagnoses have proliferated is the fact that autism is predominantly a genetic condition, something of which we are becoming increasingly aware. Adults of the millennial generation and before are often finding out about their own autism after their kids have been diagnosed. This is often because they see their own traits in their children, raising questions about whether they are in fact neurodiverse themselves.

Here are some common autistic traits in adults (according to the NHS):

Reading this list, it is plausible that, some years ago, when our understanding of autism and neurodiversity as a whole was far less clear, these traits could be labelled as something other than autism. This is precisely how generations of autistic people have slipped through the net. Excusable though? I am still not convinced.

So, does obtaining a diagnosis in adult years raise more questions than it answers? Or does it serve to quell those questions you’ve asked yourself your entire life but couldn’t ever really conclusively explain? Many autistic adults have reported being relieved by their diagnosis, that they finally had answers to questions they had mulled over for years, that they had been given permission to be authentically themselves, and, fundamentally, that they had been able to be kinder to themselves. Diagnosis = medical (and even financial) support. Diagnosis = self-acceptance. Diagnosis = self-understanding.

So, why are more and more adults choosing to seek diagnoses? As Christine McGuiness so beautifully put it, “I’m trying to be a bit more myself now.”

Subscribe to my Newsletter and don't miss a discount giveaway!

This website uses Google Analytics to collect anonymous information such as the number of visitors to the site, and the most popular pages.

Please enable Strictly Necessary Cookies first so that we can save your preferences!